New launch built to suit the vintage Thornycroft engine. The engine is thought to have been a service engine from a Naval vessel which had authentic Thornycroft pattern reversing gear added c1900’s. Speed on Windermere has been measured as 15 mph at 680 rpm with the engine delivering 11 IHP. 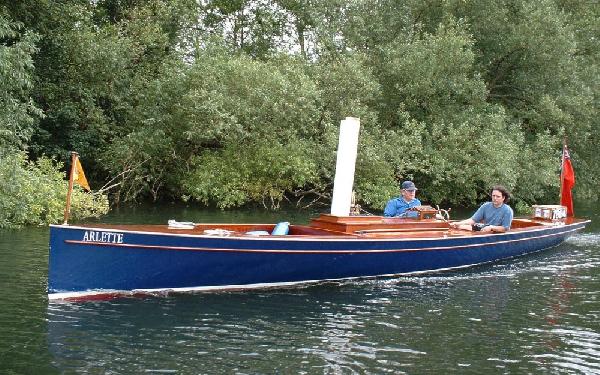