Built for the Gloucester and Berkeley Canal Company to serve as the Directors' and Engineer's Inspection Launch. Sold in 1942 and used on the River Servern, with the engine removed in 1949 and subsequently replaced with motor. Made passage in the summer of 1954 via the English Channel to the River Thames, and used as a houseboat on the Grand Union Canal 1954-75. Put back in steam 1975-8. Based on the River Thames 1975 - 2019. Returned to the Gloucester and Sharpness Canal in May 2019. Engine was built and used for demonstration and instruction at Loughborough Technical College, running on compressed air, before acquisition and installation onboard. 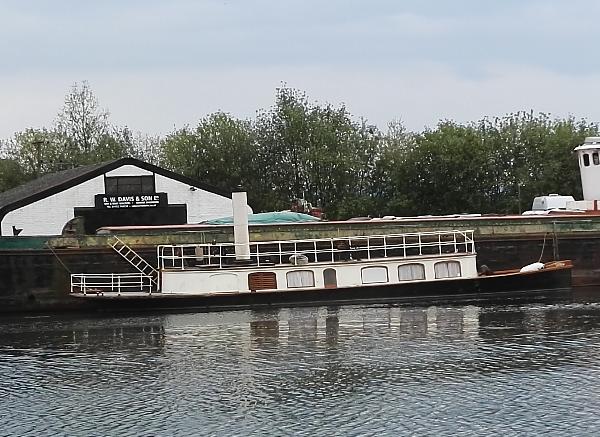 On return to the Gloucester and Sharpness Canal in May 2019