Built by Shepherds of Bowness 1906. Originally fitted with a Sisson Triple. Owned by W. Birtwistle until 1929, C. Ashley 1930-4. Converted to motor 1948, used by Bowness Bay Boating Co. for tripping. Acquired, derelict Nov 1976, restored and new plant fitted by Roger Mallinson 1978-9. Engine built in 2001 by Roger Mallinson. The boiler came from the Ravenglass and Eskdale Railway River Irt, and was shortened and converted to side firing. After Shamrock was badly damaged in the floods of 2009, The Shamrock Trust was formed to raise funds for repairs. She was again damaged in the floods of 2015, and repaired under insurance. Shamrock is a member of the National Historic Fleet, certificate no 65. She is formally owned by the Trust, but continues to operate under the management of Roger Mallinson. 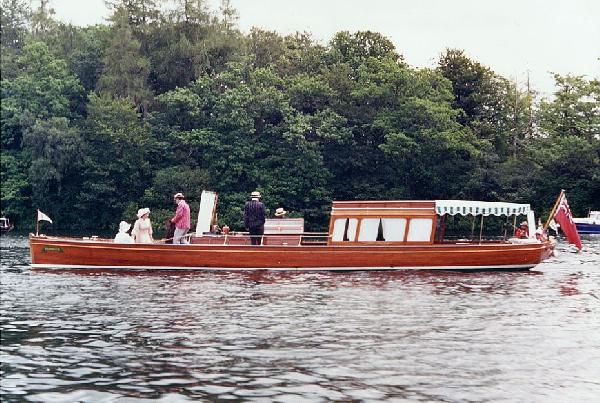