New hull fitted out by Mr. Robin Jones. Hull selected for suitability for use on tidal estuaries of the east coast, first steamed in 1994. Engine reconstructed by Sam Wilkinson in 1990. New VFT 103 boiler fitted in 1999. Sold in Oct 2009 to Len Williamson who retubed her boiler and fitted piston rings to the piston valve amongst other things. Sold in March 2015 to Bert Kleinbussink in Kampen in the Netherlands. New transom hung rudder fitted in 2018 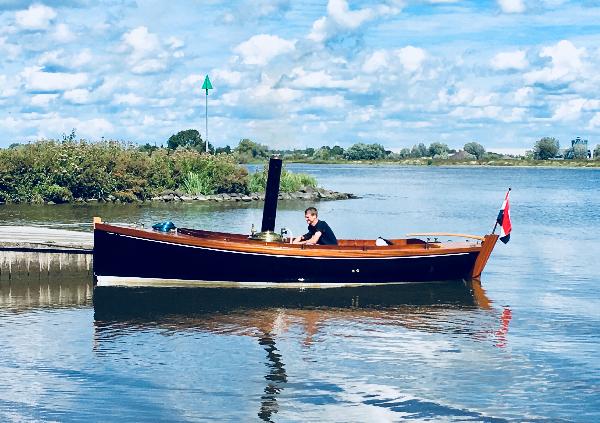 Araminta as she currently looks.